Debate: Are the laws on dog ownership fair? 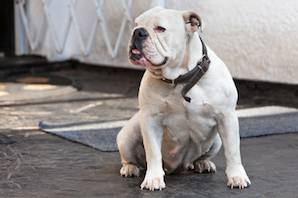 With the recent announcement of changes to dog ownership laws, plus a host of local bylaws to stick to, these are confusing times for dog-lovers. We want to know what you think. Are the Government and Local Authorities fair to dog owners, or are they too strict?

The rules and regulations that make up the laws on dog ownership have been put in place with the best intentions. They are intended to protect dogs, owners and the general public. But it can be hard to keep track of additions and changes, and sometimes it might feel like unreasonable restrictions are being placed on your enjoyment of dogs.

CHANGES IN THE LAW
On 6 February this year, the Department for Environment, Food and Rural Affairs (DEFRA) announced the results of its consultation on ‘Promoting More Responsible Dog Ownership’. This will lead to some important changes in the law in England:

• From 6 April 2016, it will be compulsory for all dogs to be microchipped. We at Petplan think this is a positive step. Read our blog post on the importance of microchipping here

• The Dangerous Dogs Act is to be amended to cover attacks by dogs on private property. Currently, owners can escape prosecution if this happens, but under the new law, if your dog bites the postman, you could be in trouble! This does not extend to burglars or other trespassers on your property

• When dealing with a dog suspected to be a prohibited breed, police will be able to decide whether the dog should be impounded or remain with its owner while investigations take place – a move that will be welcomed by owners of breeds such as Staffies, which are sometimes mistaken for banned Pit Bull Terriers

ALSO RECOMMENDED
On 15 February this year, the Environment, Food and Rural Affairs (EFRA) Committee published its report on dog control and welfare. It suggested a wide range of changes to English law which have not yet been adopted by the Government:

Wales is likely to follow suit, while Scotland's laws on dogs were amended in the Control of Dogs Act in 2010. Northern Ireland already has compulsory microchipping and licensing, and is looking to introduce a number of additional measures including restrictions on puppy farming.

FURTHER CONSIDERATIONS
Local Authorities also have the power to impose their own rules governing dogs and their owners. Here are just a few of the things you need to think about:

Where? Some places are out of bounds to dogs. These usually include children’s playgrounds, sports courts, cemeteries, and quiet areas within parks. It may be great fun for your dog to have a paddle in your local pond, but again, some are off limits to dogs in order to protect waterfowl. In Greater London alone, there are more than 200 outdoor areas where dogs are not allowed.

When? In Cornwall, Brighton and other seafront areas, dogs are permitted on some beaches at certain times, and on others at different times. While this can be confusing, accurate information is available on most Local Authorities’ websites, so check before you walk.

What? Local Authorities have the power to address problem behaviour such as excessive barking, fouling, aggression, out-of-control dogs and so on. If you’re in any doubt as to your dog’s behaviour, talk to your vet, who will be able to rule out any underlying physical causes and recommend an animal behaviourist if necessary.

How many? Most Local Authorities limit the number of dogs you may walk at a time. For instance, Manchester City Council sets the number at four. In the London Borough of Wandsworth, you are allowed more than four if you hold a special licence. In most other parts of the country, the number is set at five or higher, and professional dog walkers may be allowed even more.

What do you think? Are these restrictions necessary to protect our communities – and our pets – from irresponsible owners and delinquent dogs? Or has it all gone barking mad? Share your thoughts in the comments box below.