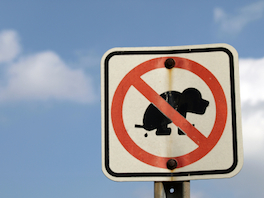 Over in the US, one company is pioneering a hi-tech but politically charged solution to the global dog mess headache - but is it ethical and could it work over here? In the first of two posts on each side of the debate, Councillor Robert Coghill says why he's in favour of dog DNA registers and the testing of dog poo to trace culprits and their irresponsible owners

The biggest issue I've faced since being elected is the problem of dog fouling. People ring me and stop me in the street to discuss the matter.

The unfair part of it is that these people are the innocent victims, those who simply want clean footpaths on which to walk their dogs. It's the irresponsible owners who are at the root of the problem - the minority of dog owners.

But how do we solve the problem when it's so hard to police? What we need is to get tough on the perpetrators and I think DNA 'poo-profiling' would do that.

Just like they have done in the States, and are proposing in some European countries, dog owners would submit their dog's DNA to be held on a central database. A sample of any offending dog mess could then be sent off and identified.

Some people may argue that it would be impossible to enforce, yet a few years ago millions of sheep in this country had to be DNA-tested to check for strands of scrapie after the CJD scare, so why not with dogs? The scheme could be voluntary, and then if people weren't coming on board, it could become mandatory with fines issued. There may be teething problems, but that's often the case with any new legislation.

At the end of the day, if an owner can't clean up after their dog, they shouldn't have one. But you can't ban the irresponsible from having pets. So wouldn't the next best thing be to force them to become more responsible?

Should British dog owners have to register their pets' DNA in order to prevent dog fouling? Let us know what you think by commenting below.