Famous cats of the internet

With the help of the internet and social media, cat-obsession has rocketed. Whether searching for cute kittens, or funny cat videos, the internet has all of the answers to our cat prayers.

Whilst it’s not uncommon for your furry friend to have their own Instagram accounts, some cats have managed to break the internet and gain more followers than you could ever imagine.

Here are Petplan’s top four cats of the internet… 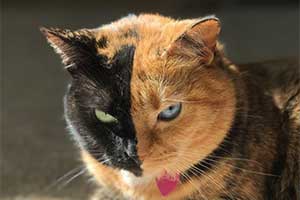 Venus achieved her prominent reign over the cat-internet world due to her unforgettable face, which resembles two cats merged into one! She is just like any other tortoiseshell cat, however one side of her face is black with a green eye and the other side is ginger with a blue eye!

When it comes to feline genetics, Venus is somewhat a mystery. One theory suggests that the two coats is a result of an extra X chromosome, while another poses the chance of Venus containing two types of DNA.

However, it could just be down to pure luck that Venus’s colouration splits perfectly down the middle of her face!

Another unique thing about Venus is her single blue eye, which is common in breeds such as Siamese and Himalayan cats, but not the tortoiseshell cat. 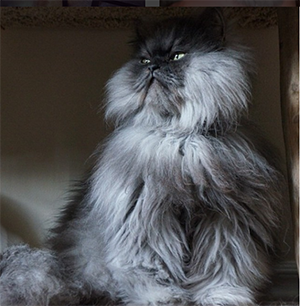 Speaking of Himalayan cats, Colonel Meow is a cross breed between the Himalayan and Persian breed. He is an internet sensation and famously known amongst the cat-loving community as the World’s Angriest Cat.

He holds the Guinness World Record for the longest fur on a cat, measuring 23cm - a coat that long requires brushing at least three times a day!

3. Sam the cat with eyebrows 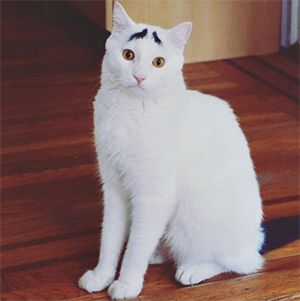 Sam the cat is an internet sensation and widely known as the cat with eyebrows! The unique black markings above his eyes make him look constantly surprised, and as a result, Sam has stolen the hearts of many.

Sam is named after an Andy Warhol book and we can’t deny that Sam’s eyebrows certainly look like a work of art!

Although Sam is a huge star in the cat world and has featured in global magazines, his favourite things include eating tomatoes and playing. 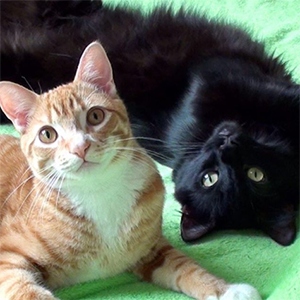 They have a huge social following on Twitter, Instagram and Facebook, however when they’re not in front of the camera, they are just two regular cats!

Cole is a Turkish Angora who has an incredibly close bond with his owners. Marmalade is a ginger Tabby cat and overcome cancer in 2014. The pair even help raise money for cat charities worldwide!

As well as being full-time pets, these cats have stolen the hearts of cat lovers far and wide. If you’re ever feeling down and need a pick me up, keep up with these furballs on social media and you’ll be good to go!

Who is your favourite internet pet sensation? Let us know in the comments below…