Is the man in your life a cat? 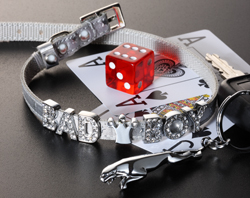 He's self-reliant, spurns affection, comes home late and never tells you where he's been - remind you of anyone? From the PetPeople magazine features archive

It may be a stereotype, but there's no denying that women and cats seem to go together. Is it simply because they're inherently feminine and sensual - or is there more to it? I've long been fascinated by the bond between people and pets, and recently conducted a survey about owners' relationships with their moggies. A massive 96 per cent of the respondents were women. Which is not to say that men don't like cats, it's just that women are more likely to talk about them.

Relationship rituals
So what is the attraction for women? Perhaps it is because a cat makes the perfect silent partner in the relationship rituals that women, with their complex emotional needs, like to play. Two-thirds of those surveyed believed their cats understood when they were ill or upset, and 63 per cent said they would struggle to cope if they didn't have their own pets. Over 70 per cent said their cats had comforted them at difficult times, and half felt they received unconditional love from them.

Most interestingly, though, half the female owners surveyed said their cats sometimes ignored them or seemed disinterested, yet they still went back for more. A third said their cats were aloof, yet two-thirds said that whenever their pets demanded anything, night or day, they would do it.

So is the average domestic cat adopting the role more conventionally seen in the male of our species, to 'treat 'em mean, keep 'em keen'? Much like the stereotypical man-about-town, cats conduct relationships very much on their terms. As a species, they are not naturally equipped to reciprocate in intense one-to-one relationships, despite being bred over generations to tolerate it. Ultimately it's impossible to redefine nature's blueprint of a creature that is territorial and self-reliant.

There's no question that this intensity of human/cat relationship is a very modern phenomenon. British society has changed dramatically in recent years; more women work, families disperse and many individuals live in some degree of social isolation. An increasing number of cats are kept indoors or have restricted access outside. Pedigree breeds now represent 10 per cent of owned cats, and their physical and emotional traits often result in the recommendation that they be kept as house cats. This has meant that a significant proportion of domestic felines now exist in unnatural environments, unable to perform their full range of species-specific behaviour.

Less than a third of the owners I surveyed allowed their cats freedom and unlimited access outside. Many let their pets out only under strict supervision, and a huge percentage said they worried incessantly about them. They cared for and loved their cats so much that they couldn't bear exposing them to the dangers of traffic, other cats, being stolen or, worse still, moving in with the lady down the road. This may sound caring and sensible in principle, but suddenly you've got a cat with an enormous amount of time on it's paws doing nothing very much that makes him feel like a feline.

We tend to limit our pets' time outdoors so they can spend more time with us. Over half the owners surveyed slept with their cats, nearly half of them woke their cats up just to give them a stroke, and a staggering 93 per cent went looking for them around the house if they hadn't seen them for a while. Just imagine how you'd feel if a partner or parent subjected you to such possessiveness.

Time out
Under this intense scrutiny, cats find it impossible to get time out from their owners and a sense of personal space. It's hardly surprising that 28 per cent of the owners reported that their cats had been aggressive towards them at some time.

Being the enigmatic creatures they are, it's difficult to know what cats are really feeling. You may think your moggie is laid-back because he sleeps most of the time, whereas it might be that he's withdrawn because he has nowhere to hunt or climb or explore. Some cats naturally cope better than others with the demands of an intense relationship - the more confident cat will use it to his advantage and get his owner jumping through hoops, while other, less emotionally resilient moggies will withdraw, reluctant to do anything.

As a behaviourist I often see cats that are displaying inappropriate or unacceptable behaviour as a result of stress, including aggression, anxiety, spraying, over-grooming and obesity. In cases I saw between 2000 and 2003, for instance, around half of such problems related to the owner's unreasonable expectations of the relationship. It's not that we should love our cats any less, but perhaps a little differently. If we really get to know the species - so very different from our own - we can show our love in a way that best suits them.

Cats are certainly capable of forming strong social bonds with humans. My own cat 'appears' to show love; whatever she is feeling when she sees me is positive. But me being the focus of her life is not in her best interests. I encourage her to go outdoors, I respect her privacy and I occasionally reject her if I am busy, as she does me. I still cuddle and stroke her, but I do it when she is responsive. This is the foundation of a healthy relationship and we both benefit from it.

It is simple to adjust a relationship to be the perfect partner by loving a cat enough to respect him for being a cat.

It is essential to understand the animal's need to control its environment, to hunt, explore, climb, patrol territory and have moments of solitude. Spending time learning about the cat's body language and behaviour enables owners to judge when it is appropriate to show affection, play a game or leave well alone. When you think about it, he's not so very different from that independent man after all!

Originally published in issue 1 of PetPeople, the Petplan customer magazine