Mammary Cancer Stories from the surgery: mammary cancer in dogs and the importance of spaying Dog Spaying | Stories From The Surgery 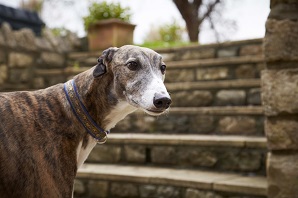 Each month Petplan vet Brian Faulkner takes a look at some of the issues he comes across in his day-to-day life as a practising vet.

The benefits of spaying your dog

Most owners know that they should spay their female dog, but many are not aware of the full health benefits.

Traditionally, spaying has involved removing the ovaries and uterus of your dog. However, more recently vets are being advised to leave the uterus intact and just remove the ovaries. Whilst this is much less traumatic for the dog, spaying is still a very serious operation.

However, there are many health benefits from having your dog spayed including the prevention of the following conditions:

Unwanted puppies and the risk of complications including abortion – this is when one or more foetus is delivered before they are able to live outside of the womb.

Pyometra – this is an infection of the uterus (womb) and is usually seen in older un-neutered dogs following their season, although younger dogs can also suffer from the condition. Symptoms include:

False pregnancies – many un-neutered female dogs can experience a false pregnancy whereby they show symptoms of pregnancy due to a hormonal imbalance. Symptoms include:

However, one very serious potential consequence of not spaying your female dog is mammary cancer – and it’s something I’ve seen more and more of over the past few years.

I think I’ve performed more operations to treat mammary cancer in the last two years than in the previous 18 years combined. This is mainly because of a decrease in the number of my clients who decided not to spay their dog.

According to the American College of Veterinary Surgeons, the risk of a dog developing a mammary tumour is 0.5% if they are spayed before their first heat (which usually occurs after six months). However, it leaps significantly after their first heat to around 8%, while it reaches a shockingly high 26% if they are not spayed until after the second heat.

As previously mentioned, spaying is a serious operation but is a lot more preferable than putting your dog through the trauma of having a mastectomy, which is the usual course of action.

Before any mammary surgery is undertaken, your vet would take an x-ray to see if the cancer has spread to their lungs or other organs and unfortunately if this has happened surgery would not be helpful and euthanasia may be the only option.

Hopefully this has highlighted just how important it is for owners to have their female dogs spayed – and to do it as early as possible. Most female dogs are spayed around six months old in the UK before their first season.

What are your thoughts on neutering? Post your comments below…

Share via Email Share via Email Share on LinkedIn Share via whatsapp Share on Twitter Share on Facebook Share this article:
Back to top
Bernadette Evans
I have always had my pets neutered, sadly l am aware that many people still do not neuter their pets for various reasons in some cases people do not nueter male animals as they do not have to worry about the consequences Equally they appear to be oblivious to the health risks and the effect it can have on the animals behaviour Is there any mileage in some sort of campaign to help get this message across to try and get more people to neuter their pets even a promotion via Vets4Pets to help encourage lm not sure how feasible this would be as l appreciate that there would be a cost implication
Posted on: November 16 2015
Petplan
Hi Bernadette,Thanks for sharing your comments with us. Your idea regarding a campaign surrounding this message is great and we will certainly take this on board going forward and potentially may be something we do.We hope you enjoyed this blog, do come back as we post a new blog each week.Thanks - Jade, the Petplan Team
Posted on: November 19 2015
mo
Whilst I am totally in favour of neutering male and females not required for breeding, it s a known fact that if done too early in life it can have a devastating affect on their development/growth and particularly temperament. I always advise my puppy purchasers to have it done but after one year of age to give the puppy time to grow mentally as well as physically.Equally this applies to cats.Certain breeds are more susceptible to mammary tumours like my Siamese cat.I too think the RSPCA could help more with subsidized or even free neutering. It could halve the unplanned/stray dog problem in 5 years instead of all the money they spend prosecuting cases that need educating. One million of their stash would neuter around 50,000 animals that would not spend the nxt 5 to 10 years producing unwanted off spring at an average of 6 per year. 10x50,000 x6 =300,000 unwanted animals not being born,not suffering, and, not needing rehoming.
Posted on: January 25 2016
mo
maths wrong again 10x50,000=500,000x6=3,000,000.10 years could see the problem disappear almost.most of the stray pups come from someone whose un spayed bitch gets out and comes home pregnant.9 weeks later a cute litter of UNPLANNED/UNWANTED cute babies are born.friends and neighbours come to look and find themselves talked into taking one.They hadn't planned to have a dog (haven't done their homework) but its free and its cute so why not. several of these will be next years strays producing further unplanned/unwanted pups. Stop the source and those 3,000,000 pups that were NOT born in that 10 year period will not be producing either.3,000,000x6=18,000,000
Posted on: January 25 2016