Solve Your Dog's Ear Problem | Stories from the surgery 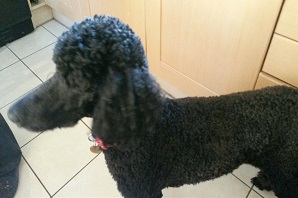 Each month Petplan vet Brian Faulkner will reveal some of the strange, funny and sometimes difficult things he encounters in his surgery.

This month it’s the turn of standard poodle, Ellie, who’s been having a tough time with a difficult-to-treat ear problem…

Ellie is a lovely four-year-old black standard poodle from a great family, but she’s been suffering badly with recurrent ear infections.

External ear disease is very common in dogs of all breeds.  Most are caused by either parasitic issues, allergic reactions or infections and these can be usually be treated successfully using medical therapy without the need for any surgical intervention.

However, Ellie’s case was different and her Otitis Externa (an inflammation of the ear canal between the outer ear and the ear drum) became severe and complicated.

Because Standard Poodles have short, curly hair, the nature of their coat can often exaggerate things and make ear problems difficult to treat. Ellie’s hair continually blocked her ear canals which led to a persistent infection which resulted in the rupture of both of her ear drums causing the issue to spread to her middle ear.

This meant that we were left with no other option than to perform a total ear canal ablation on both ears, a procedure that removes the canal that connects the outer ear to the middle ear.

It sounds painful but, when performed correctly, it can make a huge difference to the quality of a pet’s life. There can be some side effects – such as swelling, infection, facial nerve damage and balance issues – but these are usually temporary.

The operation was performed at the end of February and, for two days after, Ellie did have some problems with her balance, but that self-resolved itself and everything has gone to plan since then. 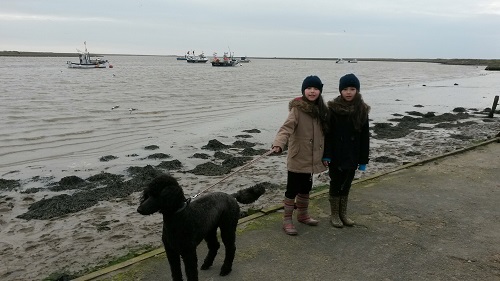 I think it’s important for pet owners to know that, while Ellie’s hearing has obviously been affected by her original condition and her operation, she can still hear when her owners talk loudly or clap their hands. This is because around 20% of a dog’s hearing comes from vibrations in the bones around the ears.

Thankfully she had Petplan dog insurance which meant the full cost of the operation was covered by her insurance and she is now doing really well.

Her family are delighted with how things have gone and have said she is far happier and more engaged in family life – she’s back to being the young, fun-loving dog she used to be.