The pros and cons of pedigree dogs and cats: are they the right type of pet for you? 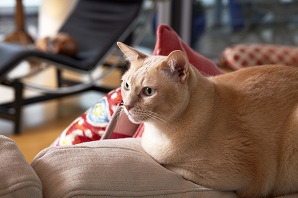 There has been plenty of controversy surrounding the breeding of pedigree pets for a number of years.

Following the BBC programme, Pedigree Dogs Exposed, several sponsors withdrew their support from the world’s largest dog show Crufts over fears that many of the dogs entered were in poor health, whilst several types of cat have medical conditions that are very common within their breed.

However, there remain plenty of people who are passionate supporters of pedigree pets and the benefits of selective breeding. Petplan takes a look at the pros and cons of owning a pedigree pet.

Pros of owning a pedigree dog or cat

One of the most common reasons advocates cite for owning a pedigree pet is the ability, to some extent, to predict their behaviour.

Dogs and cats have been bred for centuries to have different physical and mental traits and some aspects of their behaviour and temperament are carried on in their genes. This may mean there are less surprises in how they behave and allows you to make a more informed decision about what pet is right for you.

However, it’s important to remember that, while their natural traits will have some impact on their behaviour, the environment in which they are raised is also a huge contributing factor.

As we previously mentioned, there has been plenty of controversy surrounding pedigree dogs in recent years.

However, a recent study suggests pedigree dogs are as healthy as crossbreeds.

A 2014 study by the Royal Veterinary College analysed the medical records of nearly 150,000 dogs from the Midlands and South East from 2009.

It suggested that, while there can be certain health conditions that pedigree dogs are more susceptible to (such as ear infections, obesity and skin growths), overall there was no significant difference in terms of health between pedigree pets and crossbreeds.

Speaking to The Telegraph, Dr Dan O’Neill, who led the study, said: “My hypotheses was that crossbreeds would have a lower prevalence of common disorders than purebreds. But the overwhelming evidence for that has not been proved.

“There are some differences, but they are not overwhelming at a purebred level. There are huge variations within breeds and we should be looking at individual breeds and specific disorders in them.

“It is wrong to focus on pedigree breeds themselves. There is this image of crossbreeds as wonderful paragons of health. In fact, they are just crosses of purebreds, with combinations of the prevalence’s you find in their parent.

Cons of owning a pedigree cat or dog

One of the first things that anybody who is considering getting a pet should consider is whether or not they can afford one and to give them everything they need – and this is especially true of pedigree pets.

Not only may they require, as all pets do, treatment from vets (which is why getting the right cat or dog insurance is so important) but the initial cost of a pedigree pet can be prohibitive for many people.

A pedigree dog or cat can cost many thousands of pounds (the most expensive dog in the world being a Tibetan Mastiff that sold at auction for £90,000) which, in itself, is a great deal and puts a lot of people off owning one.

Despite the evidence presented by the Royal Veterinary College above, there is still plenty of evidence to suggest that some pedigree pets are not as healthy as crossbreeds.

The RSPCA remains concerned about dogs that are selectively bred to be show dogs and, therefore, have more emphasis placed on their appearance than overall health.

Meanwhile, cats that are bred to have specific characteristics can also suffer from poor health. For example, the Munchkin breed (characterised by its very short legs) can sometimes have greatly reduced mobility and, in some cases, very painful leg deformities.

As always, it’s worth doing extensive research before committing to buying any pet – regardless of whether they are pedigree or not.

Do you have any experience with pedigree pets? Let us know your thoughts and stories below...