What to know if you’re buying a… British Shorthair cat 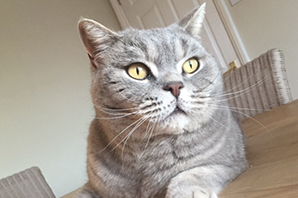 There are many aspects that potential cat owners need to consider before acquiring a kitten or cat, with each breed having their own unique personalities and health care needs.

Petplan takes a look at the origins, temperament and common health problems of the British Shorthair...

The British Shorthair is one of the world’s oldest pedigree cat breeds. It is thought that the origins of the British Shorthair date back to the first century AD when the Romans invaded Great Britain and brought with them Egyptian domestic cats which then bred with the local European wildcat. Over time they developed into large, robust cats with short, thick coats that withstood the cooler environment.

Selective breeding began in the 1800s with emphasis on developing the unusual blue/grey variant – the “British Blue” – and, by 1871, there were examples of the breed on display at the Crystal Palace in London.

By the 1890s the breed fell out of favour and by the First World War, the breed was bred with the Persian to alleviate the shortage in breeding stock.

Today the British Shorthair is the most popular cat breed in the UK.

The average lifespan of a British Shorthair is 9 to 15 years, though some cats have been known to live up to 20 years!

The British Shorthair cat is dignified, intelligent, laid-back and not as playful/active as some other cat breeds. They are usually home-loving, making good house cats, although they do enjoy a run around outside. They don’t constantly require human attention, but are affectionate. They may also follow you around and enjoy curling up next to you on the sofa.

Because of their easy-going temperament, they make good cats for the family and they get on well with children of all ages. Bear in mind they are often resistant to being picked up – so you will need to ensure any children or guests are aware of this before they meet.

How much exercise a British Shorthair needs:

British Shorthairs can easily become overweight, meaning exercise and a careful diet is important to keep them fit and healthy.

See Petplan’s guide on how to bodyscore your pet and determine if your cat is a healthy weight.

They like to play fetch and it’s always good to keep them supplied with interesting toys to stimulate them mentally and physically.

Because modern-day British Shorthairs descend from Persian cats, there is a chance of them inheriting polycystic kidney disease. This is where cysts form on the kidney and cause organ failure. This can be detected by an ultrasound or a gene test. Reputable breeders will breed from cats that have tested negative. Unfortunately there is no cure, as cysts cannot be removed or prevented from growing, but there are drugs which can minimise the effects & advancement of kidney failure.

This is when the heart muscle thickens, limiting the amount of blood that the heart can pump. This can lead to blood clots and heart failure. The disease can be detected through a number of tests including ECG, x-ray and ultrasound. There are various drugs which can help manage the condition and delay progression.

Do you have a British Shorthair? Let us know your experiences of this easy-going cat below…

Share via Email Share via Email Share on LinkedIn Share via whatsapp Share on Twitter Share on Facebook Share this article:
Back to top
Patty
What a beautiful cat in that picture. It definitely looks like it should belong to such a dignified breed.
Posted on: May 08 2016
DARIO
ive had 3 british shorthairs and they have had eye ulsers so if not insured can be very costly not much change out of 2000 pounds so i think they are proned to ulserated eyes
Posted on: November 05 2016
Mary
I cant post a picture of mine
Posted on: December 26 2016