My cat saved my life

Find out how three cats’ amazing actions helped to save their owners’ lives, and what their behaviour could teach you about your own pet. 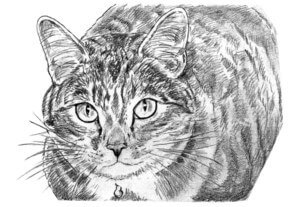 Missy, a tabby cat from Newcastle, was normally quite aloof. So, when she began persistently pawing at her owner Angela’s chest, it was completely out of the ordinary. In fact, the behaviour was so unusual that it prompted Angela to check that everything was OK with a visit to her GP. She was shocked to find that she had pre-cancerous cells in her breast, which wouldn’t necessarily have shown up on a mammogram. Thanks to Missy, Angela could get the life-saving treatment she needed.

Three years later, Angela’s heart sank when Missy began to paw at her chest again. This time, Angela knew exactly what to do and, once again, potentially troublesome cells were detected. ‘I felt fine and I honestly don’t think I would have bothered if she hadn’t drawn my attention to it. I was incredibly lucky that she did,’ said Angela.

So, did Missy smell the pre-cancerous cells or was she using a special feline sixth sense? ‘Missy was almost certainly reacting to an imperceptible change in the odour of her owner’s skin,’ explains Dr John Bradshaw, an anthrozoologist and research fellow at Bristol University veterinary school. ‘Cats’ noses are not quite as sensitive as dogs’, but they are still much better than ours. Felines also have a second smell-detecting system, the vomeronasal organ, which they use when sniffing scent marks left by other cats. Missy was probably using a combination of the two senses when she alerted her owner, but she wouldn’t have known what the change in smell meant – just that it was out of the ordinary.’

What we can learn: Missy’s story shows that it’s worth paying attention to any changes in your pet’s usual behaviour. While it may not be pointing to an issue with your own health, it could be your pet’s way of telling you that she is in pain or feeling stressed about a change in her environment. If the behaviour persists, even with some extra attention from you, play it safe and book an appointment with your vet. 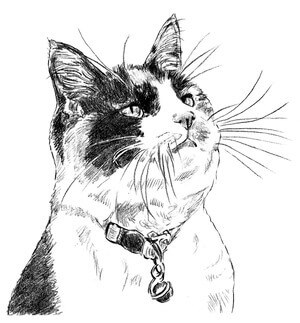 In the UK, more than 500 people go to hospital with a heart attack every day, but many of us won’t always recognise the symptoms. Luckily for Richard and Pauline Jenkins of Chessington, their timid tortoiseshell cat Cleo was on hand.

As Richard lay on his bed with chest pains, fifteen-year-old Cleo ran up and down the stairs until Pauline came to check what was wrong. Cleo waited on the bed with Richard while the paramedics attended to him, which was an unusual response from a cat that was normally very wary of strangers. Cleo took their amazing bond even further, as when Richard returned from hospital she stayed by his side until he was fully recovered.

Cleo’s reaction was very interesting, says Dr Bradshaw: ‘Most cats run and hide when they become upset by unusual events. But those that have formed a very strong bond with their owners might react protectively instead, much as a dog would.’

What we can learn: If you would like to strengthen the bond between you and your cat, try gentle grooming and lots of interactive play. Use your cat’s name when you interact together, and focus on the ways that your cat likes to be stroked and touched. Cats also feel more content when they feel safe, so if you respect your cat’s needs, the bond between you is likely to deepen. 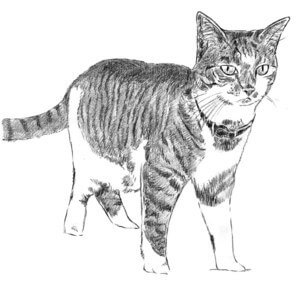 Every parent worries about their child’s safety, particularly while they sleep. For Sophie Hellyer and Mike Sawyer of Wiltshire, their worst fears came true when their 15-month-old baby, April, choked during the night. And it was thanks to their cat, Pixie, who leapt onto their bed to wake them up and ran back-and-forth to April’s room, that they became aware something was wrong.

‘As soon as I saw April, I could see she was choking,’ said Sophie. Grapes that April had eaten earlier in the day were to blame, and were thankfully soon dislodged with a swift pat on the back by Mike.

John is impressed with how Pixie responded, as most cats’ initial reaction to babies is one of extreme caution. ‘Babies don’t look, sound or smell like an adult human, so a cat’s wariness isn’t surprising,’ he explains. ‘That’s why I suggest that cats will always benefit from some training both before and after a new addition to the household. But in this case, Pixie must have accepted the baby as a legitimate member of the household. Her reaction is similar to the way that mother cats on a farm would help one another if any of their kittens were threatened.’

What we can learn: The best way to get your cat used to the idea of a new baby (or any new addition) to your home, is by slowly introducing the sounds, sights and smells that might accompany the change. For example, in the case of a new baby, playing pre-recorded infant noises in the lead-up to the birth and using baby products on your own skin could help. The important thing is to keep your routines the same, so that your cat still feels secure.