A list of the greatest fictional dogs of all time 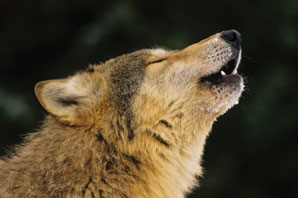 Whether it’s serious literature or a kids cartoon, dogs have provided inspiration for countless novels, films and television programmes.

While we may not have had time to go through every film or book that stars a dog, we’ve come up with a list of our favourite fictional dogs.

We’re sure you’ll have your own opinion about what we’ve missed so, once you’ve had a read through, feel free to tell us which dog should take the tenth place in our list…

1. Buck from Call of the Wild

Created by Jack London in 1903, Buck is the central character in his most famous novel, Call of the Wild. It tells the story of how the St. Bernard-Scotch Collie was stolen from his home in California and sold to become an Alaskan sled dog. It’s a brutal, emotional and fully deserving of its status as a classic.

Taking a slight change of direction, next in our list is Scooby Doo. He may not be the most heroic dog but he’s probably the one you’d want to hang out with the most. Created in 1969, Scooby Doo is still going strong (although the less said about Scrappy Doo and the live action films the better) and haphazardly solving crimes to this day.

3. Digby, the Biggest Dog in the World

Digby, the Biggest Dog in the World was a 1973 film about, surprisingly enough, the biggest dog in the world. Digby drinks a growth formula and becomes big enough to bound over buildings in a single leap. The critics may not love it, but it has a particular British charm that remains endearing.

4. Spike from Tom and Jerry

Some may argue that he’s nothing but a dim bully – Jerry constantly tricks him into terrorising Tom – but there is no denying that, above all, he’s a great father to his son, Tyke. He spends a huge amount of time teaching his son the ways of the world and showering him with puppy love.

A Jack Russell Terrier, Eddie was played by Canine actor, Moose. For a show that was relied so much on the wordy comedy of the main characters, Eddie brought a simplicity and light relief that helped Frasier run for 11 seasons and pick up 37 Primetime Emmy Awards.

6. Gnasher from Dennis the Menace

Dennis the Menace was 17 years old when Gnasher first appeared but he has been creating mischief at his side ever since. Artist Davey Law was apparently having trouble illustrating a suitable companion for the stripy-shirted troublemaker and was told to simply draw Dennis’s hair and "put a leg on each corner and two eyeballs at that end". It seems to have worked out pretty well…

Snowy is the companion to the be-quiffed Belgian adventurer, Tintin. The terrier started off with a speaking part but soon lost that ability – but not his ability to help Tintin overcome all manner of dangerous situations. You only need to see the numerous murals, statues and memorabilia around Brussels to see how popular he remains in his home country.

He may not be the most nimble of beasts, but K9’s ability to shoot a laser and know the answer to pretty much anything, has made him an important companion for the Doctor. He’s essentially a less smug, more dog-like version of the car KITT from Knight Rider – which can only be a good thing.

9. Uggie from The Artist

The most recent addition, Uggie was brilliant in The Artist and, as plenty of people pointed out, managed to steal the limelight from many of the two-legged stars. There were people asking for the Jack Russell Terrier to win an Oscar for his performance – but he had to make do with a special award at the Prix Lumière.

Who should be tenth in our list? Do you have a sort spot for Scrappy-Doo? What about Pluto? Let us know what you think below...

Share via Email Share via Email Share on LinkedIn Share via whatsapp Share on Twitter Share on Facebook Share this article:
Back to top
Jordan Walker
I would choose Hachiko, an Akita dog. This dog is remembered for his remarkable loyalty to his owner which continued for many years after his owner's death. Hachiko is a faithful dog. It was such an inspiring story.
Posted on: July 28 2014
sylvia
Red Dog, a lovable dog that roamed the outback of Australia, based on a true story
Posted on: August 10 2014
google
Actually no matter if someone doesn't be aware of after that its up to other users that they will assist, so here it happens.My web-site :: google
Posted on: August 26 2014