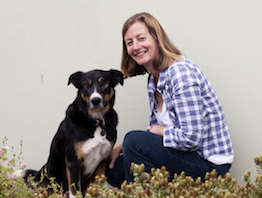 When a mystery illness paralysed Clare McClintock's super-fit dog, Toast, it took 20 days in intensive care to get him back on his feet. Luckily, writes Amanda Riley-Jones, Petplan was there to help. From the PetPeople magazine archive

Toast, a New Zealand Huntaway-cross Collie, is 'the most good- natured companion', according to his owner Clare McClintock. 'Last July, we walked from our home in Devon to Land's End!' But one morning in September, Toast collapsed. 'His back legs were paralysed,' she adds.

When Toast was referred to a larger practice, Clare rang Petplan. 'They were very helpful and told us we had '£4,000 of cover,' she says.

However, Toast's breathing became laboured as she took him from one specialist to another. By 6pm, he was taken into intensive care at North Somerset's Langford Small Animal Hospital.

'After the first week, Toast's bill was already up to '£4,000,' Clare explains. 'The family had to club together to pay for the rest of his treatment.' Toast had an operation to treat the eye ulcer but still needed oxygen and intensive physiotherapy.

Unfortunately, his frail eye ruptured the next week. 'The ophthalmic surgeon was prepared to try a corneal transplant, but we made the hard decision to have Toast's eye removed as it was a simpler operation,' Clare says.

Afterwards, with more massage and physiotherapy, Toast was gradually weaned off oxygen as his lungs cleared and he was able to move his legs again. He went home after 20 long days, thin and hardly able to walk. 'But he was delighted to be back and managed really well with one eye,' says Clare.

Clare massaged his joints, took him for hydrotherapy treatment and increased his walking time by five minutes a day. He's now back to his ideal weight, and loving long walks and swims in the river.

'If I hadn't had insurance, I don't know how I would have managed,' says Clare. 'Thanks to Petplan, Toast had the best possible treatment from more than 20 professionals.'

December 15, 2011 Share via Email Share via Email Share on LinkedIn Share via whatsapp Share on Twitter Share on Facebook Share this article:
Back to top
dental pro 7 toothpaste
The best solution for the is a enamel whitening productHere is my web blog; dental pro 7 toothpaste
Posted on: May 10 2013
oram plus trident
Need much more lemon Pledge...Superman no home.Also visit my page; oram plus trident
Posted on: July 13 2013
create attraction
because of my individual connection with god i understand men and women had been developed equally but 1 query i could never discover the reply to is why you'll find far more males working as medical doctors, engineers and experts?the ratio men:ladies is about 99:one which is extremely mentioned.the ratio must have been one:one or a minimum of 2:one but no.why is this?my site ... create attraction
Posted on: November 03 2013