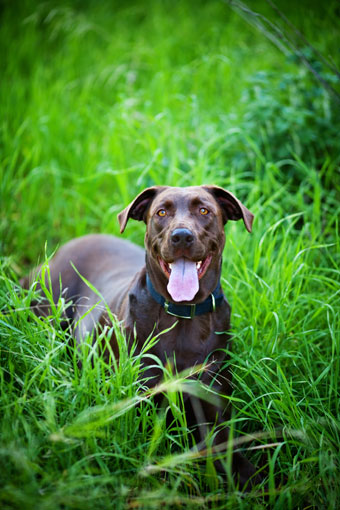 There's no doubt about it, dog mess is an everyday feature of urban life, with a small minority of dog owners making a health hazard of our streets, gutters and children's playgrounds.

But how do you solve a problem like this? Over in the USA, one company is pioneering a hi-tech but politically charged solution: compulsory DNA poo-profiling.

Many upmarket apartment complexes in America allow their tenants to own dogs and to walk them in their neatly landscaped grounds. But a minority of irresponsible residents fail to scoop up their dog's poop.

PooPrints analyses samples of poo sent in by the managers of these apartment complexes and compares them to the genetic profiles of that community's canine residents. If a match is found, PooPrints tells the property's management, who may then fine or even evict the owner.

How does PooPrints get hold of the DNA of every dog in a complex? Well, dog-owning residents are obliged to provide their pet's DNA (and must pay to cover the cost of this) under the terms of their tenancy. The complexes argue that because they are private developments, they can make their own rules - if tenants disagree with the policy, they can simply live elsewhere.

And if you're thinking 'only in America', think again: local authorities in Italy, Germany and Israel have trialled similar schemes in recent years - and some councils in the UK are keen to follow their lead.

But would such a scheme be workable on a larger scale across a British district, city or county, where thousands of dogs may live? Would it be voluntary or mandatory - and if it's the latter, how would this be enforced? How would you appeal against fines? And what would you do if you didn't agree with the imposition of dog DNA testing where you live?

Would you be happy to have your dog's DNA kept on a database in order to help keep our streets, parks and countryside clean? Or do you think this would be an Orwellian step too far?

We'd love to hear what you think - tell us below.

Share via Email Share via Email Share on LinkedIn Share via whatsapp Share on Twitter Share on Facebook Share this article:
Back to top
Andy Francis
I think dna testing to tackle dog fouling should be mandatory and enforced as soon as possible.I live in Norfolk and walk my dog around farmland through wensum valley which is signed as public footpathsA poo bin is located at the start of the walk with a 1000.00 pound fine for dog fouling, what a JOKE this is.There's that much crap it's like a mine field, i no longer can walk my dog there as its impossible not to tread in it. Councillor Phill Scott like most other concillors hasn't got a bloody clue, he wants to work with the offenders and try and educate them GET REAL.. The so called minority will not listen you cannot educate these people,after all isn't it common sence to clear up after you're dog' they have no intensions to clear up after there dogs You need to hit these people hard with massive fines. When is this country going to TOUGHEN UP...,
Posted on: April 20 2012