What do YOU wish you'd known before you got a pet? 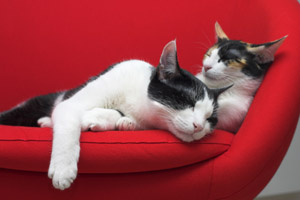 A few days ago we asked people on our Facebook page for the one piece of advice they wish they'd known before they got their pet, and we've had a big response. Here are just a few of the highlights:

Never get a kitten or puppy that is not inoculated first and from a proper clean home/breeder. We found that to our cost (well over £2,000) and kept our beautiful kitten only one day at home. The rest of the time he was in agony until he was put down after much treatment and an operation, he basically lived in the vets until he died. Don't leave it to chance and insure your pets (luckily he was insured). Deb Jones-Phillips

Staffies are the most loving dogs ever, but everyone else gives you a funny look for having one. Kerin McEwing

The amount of harassment (from other male dogs) that an early (before fully matured) neutered male attracts 'I would definitely have waited much longer before having him neutered if I'd known. Even the vets advise neutering way too early (at six months) when a dog matures much later (in our breed's case at 18 months!). Sandra Hughes

Go to puppy training. It's invaluable, not just for training the dog, but the owner, and for socialising them. Kirsten Iranu Slatter

That rabbits should not be given veg as it is fattening! Only as a treat. My little one turned into a little chubster as I thought veg was good for them. Now he is very healthy, has lost the excess weight and loves a carrot as an occasional treat. Hana Neal

Never believe your kids when they say they will walk the dog every day! Sandra Wright

To realise just how important giving your time to a young puppy for correct socialisation and training will be for its future. Being too busy just isn't good enough. Better to get it right in the first place than try to correct unwanted behaviours later on. After all, if you have a child you would always invest in its learning and progression - the same goes for a puppy. Lou Garton

What do you think? If you'd like to tell us your must-know piece of pet ownership advice, then get involved here, or leave your comments below.