Meet the stars of our new TV ad

Go behind the scenes as these dog owners share their thoughts on life with a pet, and what shooting a TV advert is really like.

Sharon shares her highs and lows of life with Boris 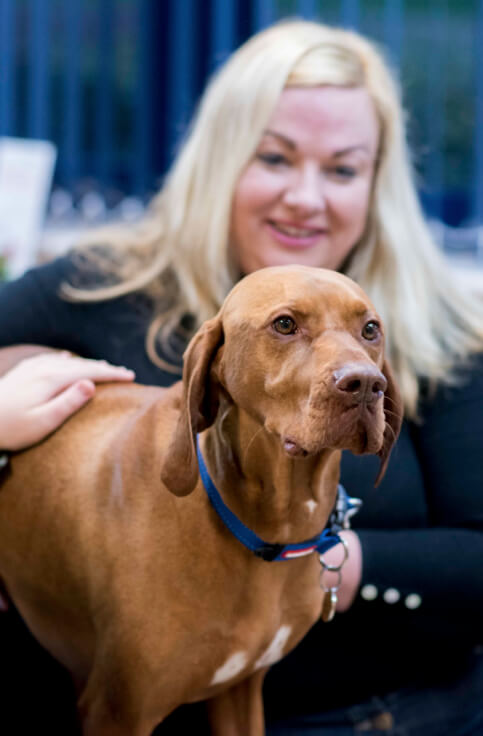 Boris is part of the family and my children call him their younger brother. If I say 'mama' to him he tries to make the same noise. He has to watch television with us and, if I'm sat on the sofa with my husband, he'll edge his way in to sit between us. But he does it so gently that you can't say no! We take him on the school run sometimes, which he enjoys as he loves meeting new people and being the centre of attention. The schoolchildren love him, too. He's so gentle.

The way Boris supports me is a definite high of our life together. I was poorly and off work for about six months, but he was by my side constantly. He helped rebuild my confidence when I went out on walks with him. He's my best friend and my hero, we've got such a good bond.

It was really touch and go last year, when Boris developed an obstruction in his gut. He'd eaten the inside of a tennis ball that looked like a chunk of chicken. He nearly died, and needed emergency surgery to remove 18 inches of his intestine. Thankfully, Petplan covered it all.

Boris was meant to be a film star! As soon as the cameras started rolling for Petplan's new advert, he went into performance mode and his tail wouldn't stop wagging. Afterwards, I was on a high for agesand my kids loved featuring in it, too. It's been wonderful that we've been able to turn his health scare into a positive by sharing his story. It's a true celebration of Boris.

Eunice tells us about her bond with Ben 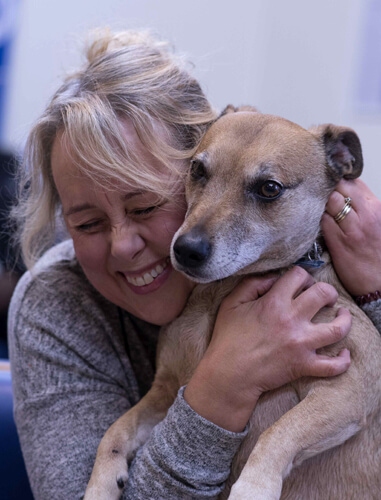 Ben thinks he's a human, not a dog! He's never known a doggy parent, as he was bottle fed by humans from birth. We adopted him and his brother from a rescue centre. They already had names (one was Charlie, and one was Milo) but my son is also called Charlie, so we renamed them Ben and Jerry.

He's a great icebreaker and once gatecrashed a wedding at a hotel, where all the guests ended up talking to and stroking him. He especially likes to mingle and look up at people until they give him some food. He does it in such an appealing way, you think, 'Oh, go on then!'

When Ben was in a road traffic accident, my first thought was: 'We've lost him now'. It was snowing, and he'd never seen it before. We went out on a walk, and he managed to squeeze out of his lead and break free. He ran across the road and was hit by a car. We rushed him to the vet's where they checked him for internal injuries. In the end it was just a superficial flesh wound to his leg. We were so lucky.

He likes going to the vet, as he is treated so well. He has a skin condition, so has to go in for immunotherapy once a month. He always heads straight to the scales as he knows that once he's been weighed they give him a treat! Thankfully, Petplan's been there for us with every vet visit.

Filming the Petplan ad was one of our biggest highs together. I knew Ben would enjoy it and he was in his element, he just mingled around like he'd known everyone there his whole life.

A highlight of life with Ben is seeing him when I get home each day. We have a Benny cuddle, and he puts his paws up and really enjoys it. I never get bored of that, it's so lovely.

To find out more about the pets and owners featured in our new ad, head to our Facebook page. Plus, you'll be able to enter our competition to win a £500 holiday voucher!