Pethood Stories: How assistance dogs can save lives

Wendy Hilling suffers from a rare genetic condition, which could cause her to stop breathing at any moment. She explains how her 10-year-old assistance dog, Ted, has not only saved her life but also made it worth living.

Ted and I have been together for over 10 years and in that time we've spent less than 48 hours apart. He's my full-time carer, devoted friend and a reason to get up in the morning. 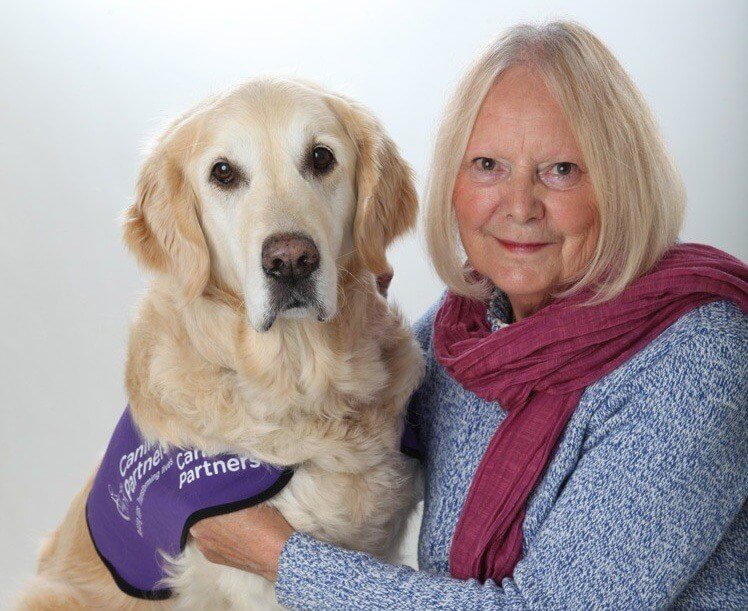 I have a rare genetic condition called recessive dystrophic epidermolysis bullosa, or EB. It's incurable and causes blistering on the skin and internal organs. Coughing, crying or choking can all lead to blisters and, after years of damage, my throat is now very narrow. I can stop breathing at any time. Often, I wake in the night unable to breathe, move or shout for help. In an instant, Ted is awake and rushes to wake my husband Peter or, if he senses I'm still in trouble, he'll press the panic button on our bedroom wall.

EB affects my every move. My balance is bad and my hands are closing where the skin has fused together. I can't open doors, pick things up, load the washing machine, use cash machines or even handle money, so Ted does all these things for me - and more. He helps me dress and undress; I can't wriggle out of clothes or they'll tear my skin. So I tap the back of my neck, lower my head and Ted pulls my top off so carefully it doesn't even touch my arms. Golden retrievers are bred to hold things gently, but he's become even more cautious just by being around me.

The charity Canine Partners taught me how to train Ted. He has never been told off - he's clicker trained - and he knows if he does something wrong, we'll laugh about it and try again. If you want to trust a dog with your life, then first he has to be able to trust you with his. Ted came to me when he was only nine weeks old and by 10 months he was doing even more than my previous assistance dog.

For example, he often thinks of things before I do. If I'm lying down and my back's hurting, he gently leans against me, just enough to ease the pain. Thanks to Ted, I've needed less pain relief. The last time I cried was in 2004 and that put me in hospital for 10 days because my throat closed. Ted seems to sense that I shouldn't get upset and, when I need cheering up, he's there with a toy, acting the clown. He just makes every day a happy one.

Many people, even doctors, haven't heard of EB, so I decided to share my experiences. My book, My Life In His Paws, took more than six years to write and is now available in five languages. It tells the story of growing up with EB and the difference that animals have made to my life. Looking back, it's hard to believe that before Ted arrived, I was shy and afraid to go out. Ted has not only given some independence back to me, but also to Peter - he can be my husband rather than my carer, which is important for our relationship.