Get a quote
Back to article 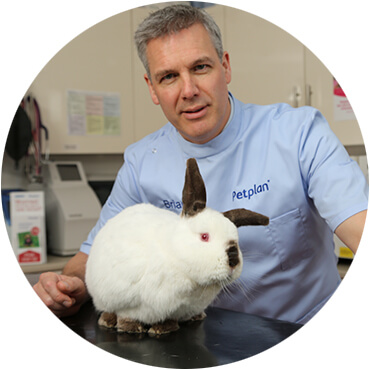 Brian graduated from the University of Edinburgh in 1995 and was in mixed practice before studying for an MBA at Nottingham Business School in 2001. He has worked in more than 250 veterinary practices as a clinician, consultant and confidence coach. He holds several academic positions and was the founder of both the British Veterinary Receptionist Association and the Association of Non-Clinical Veterinary Accreditation. He was Petplan-UK Vet of the Year in 2008, having been runner-up in 2007.

Brian is the founder of Colourful CPD, an organisation that provides training for all jobs within a veterinary practice. They believe each role within a practice must contribute to the same success factors in order to achieve a successful and sustainable practice team. The company is recognised globally and has had great success in training their clients.

Brian is a regular speaker at veterinary conferences in the UK and overseas and works three days a week in his own small animal practice in Suffolk.

Aside from his academic and professional achievements, Brian has done amazing things for charity. In 2017 he ran 10 marathons in 10 days across the UK and Ireland, raising £120,000 for Brooke Animal Hospital. In May 2020 he went several steps further, running 31 marathons in 31 days in aid of Street Vet, a charity that attends to the pets of homeless people.

Petplan understand the veterinary market the best and are in my opinion the most consistent in what, when and how they cover veterinary fees.

Can Dogs Get Colds?

Winter usually brings on a case of the sniffles for most of us – but can your dog be affected in the same way? Petplan vet…

How to look after a dog after surgery

Petplan veterinary expert Brian Faulkner shares his tips for helping your dog make a speedy recovery after an operation.

As dogs get older, their nighttime routines and habits can change. Our experts' advice can help…

Do you love your dog but could do without the bad breath? Petplan veterinary expert Brian Faulkner shares his advice on how…

Did you know that your rabbits’ skin and fur can be a good indicator of their overall health? Petplan…

Can Cats Get Colds

Winter usually brings on a case of the sniffles for most of us – but can your cat be affected in the same way? Petplan vet Brian Faulkner…

If your dog has otitis, you will be all too familiar with the challenges of administering ear drops…

How to keep cats teeth clean without brushing

How should you choose the right products to keep your pet’s teeth and gums healthy? To help take the guesswork out of tooth…

The low-down on otitis

If your pet has been diagnosed with this ear condition, you’re not alone – at Petplan it’s one of the most commonly claimed for issues in…

4 ways to spot hypoglycaemia in your cat

If your cat has diabetes, she’ll need regular insulin – but what happens if she accidentally receives too…

What causes head tilt in rabbits?

Head tilt may sound like a cute bunny quirk but, as Petplan vet Brian Faulkner explains, it can point to serious health issues.

How to introduce kittens to outside

While many cats live healthy, happy lives as indoor pets, there are also benefits to letting your kitten outdoors. Allowing…

How to brush Puppy teeth

Brushing your dog’s teeth regularly will help prevent painful dental problems later on. But it needn’t be a chore and can actually…

What you need to know about skin cancer in dogs

It can be very frightening to witness your dog having a seizure, but knowing what to do can help you…

What you need to know about skin cancer in cats

How can I help my dog with arthritis

Arthritis (the inflammation of one or more joints) is common in both humans and dogs, especially as we age. Vet…

Essential first aid you can do for your cat

From choking and collapsing to bleeding and broken bones, Petplan veterinary expert Brian Faulkner tells us the…

How to get rid of parasites in puppies

Parasite problems can be experienced even when your dog is very young, says vet Brian Faulkner, so it’s crucial to start a…

5 ways to spot if your dog’s arthritis is progressing

The signs of your dog’s arthritis progressing can be easy to miss, so we’ve asked Petplan veterinary…