Famous animals that have changed the world 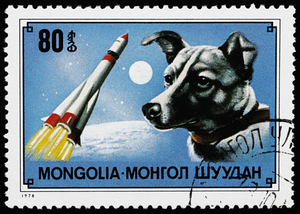 Pets and animals have the ability to form unique bonds with humans, helping us to progress both emotionally and scientifically.

Some of the world’s most famous animals have had a huge impact on our lives today - from stray dogs paving the way for space exploration to cats helping to keep the peace in Parliament.

Without our furry friends, who knows what society would look like?

Petplan looks at some incredible animals that have changed the world…

Jofi: The first dog to be used for therapy

Sigmund Freud is famous for founding psychoanalysis. However, not many people know that his dog, Jofi, was often present in his patients’ sessions.

We all know the benefits a pet can have on your health, however Freud proved that dogs can be therapeutic and have an extremely calming effect on people.

Jofi changed the world by inspiring much of the pet-assisted therapy we see today, helping humans to emotionally and mentally overcome obstacles.

Laika: The first canine in space

Before Laika became one of the most famous canines in the world, she was a stray dog on the streets of Russia.

Due to Laika’s ability to withstand extreme weather and hunger, along with the resilient temperament she developed from being a stray, she was chosen as the first canine passenger to be sent into space.

On 3rd November 1957, Laika boarded Sputnik 2 – the second satellite launched into space by the Soviets.

Laika successfully made it into space and her orbit was a huge step towards our understanding of space and paved the way for future explorations.

Fellow canines Belka and Strelka completed the same journey just three years later, safely returning to Earth and showing that it was possible to send humans into orbit.

As the election was a write-in vote, where you pay $1 to vote, this was in fact accidental. However, despite the dog-eat-dog world of politics, Duke was re-elected in August 2016 for his third consecutive term!

Goes to show - politics is for top dogs only!

Humphrey: The official mouser of the British cabinet

Or perhaps not only dogs…

Humphrey the cat is famously known as the chief government mouser, beginning his duties in 1988. His employment stretched over three prime ministers and, due to his proven track record, he rose to the position of ‘Chief Mouser to the Cabinet Office’ – a title only four have held.

However, living at 10 Downing Street meant that Humphrey was no stranger to scandal…

In 1994, he was accused of killing four robin chicks! However, this was no more than hearsay and Prime Minister John Major exonerated him the following day.