Stories from the surgery: treat pyloric stenosis in dogs 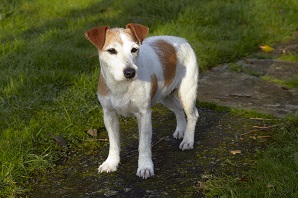 Each month Petplan vet Brian Faulkner takes a look at some of the issues he comes across in his day-to-day life as a practising vet.

This month Brian discusses a case that surprised even him…

Despite being a practising vet for nearly 20 years now, I still come across problems that are new to me and things that I have never had to deal with before.

Recently I had a six month-old Labrador called Zak who was brought into the surgery because of persistent vomiting.

This is quite a common problem and is generally caused by either eating something that has upset the stomach or by ingesting a foreign body.

However, after investigating and ruling out all of these conditions, it turned out the problem was much less common – pyloric stenosis.

This happens when the exit of the stomach is too narrow to allow semi-digested food to pass through. The food obviously has to go somewhere, which results in the dog being sick.

The stomach is designed to store and begin digesting food and normally empties within five to six hours after eating. In both humans and dogs, the stomach’s exit for food into the small intestine is controlled by the pyloric sphincter, which dilates and contracts to adjust the flow.

Sometimes this sphincter spasms or narrows which leads to the digestive system becoming backed up and can produce some unpleasant symptoms for your dog. There is no consensus as to why this occurs and it can occur in any breed.

The symptoms of pyloric stenosis

In the hour or two after eating, your dog will start to vomit. The food will usually come back up pretty much as it went in – undigested.

However, as mentioned previously, your dog’s pyloric sphincter may only spasm intermittently, meaning vomiting may not occur after every meal.

It goes without saying that, if you notice your dog regularly vomiting, then you should take them to your vet as soon as possible.

So what can we do? As I mentioned earlier, diagnosis is tricky, and can only be determined through the elimination of other factors and close monitoring of your dog’s vomiting history.

If these appear to point to pyloric stenosis then the next step is a barium x-ray study (barium is a substance that shows up on x-ray), which may indicate the restricted stomach outflow.

If this is proved beyond doubt, then surgery can be performed which can rectify the problem. Alternatively the stomach outflow area can be widened with surgery via a sophisticated technique called a pyloplasty which allows food to pass through more easily.

Thankfully, Zak had Petplan dog insurance and we were able to perform the pyloroplasty which led to him making a full recovery and an end to his bouts of vomiting.

It just goes to show that, no matter how long you work with pets, there will always be something new to come across.

Has your dog ever suffered from this? Let us know your stories in the comments below…