What makes a dog ‘dangerous’? 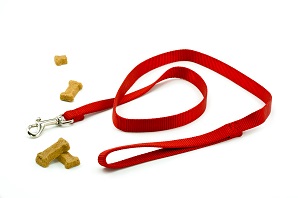 Most people will have heard the term ‘dangerous dog’ in relation to a horrible incident involving a dog causing harm to a person – but how many of us actually know what it means?

Petplan takes a look at what the current laws in the UK are around dangerous dogs, why some dogs may become aggressive and what owners can do to keep their own dogs calm...

What does the law say?

Under this law, it became illegal to breed, sell or exchange any of the following breeds of dog;

These dogs were identified on the basis that they possess incredibly strong jaws (measured in pressure per square inch) capable of inflicting serious amounts of damage.

Any existing owners of these breeds had to have their dogs neutered and were required to have the dog muzzled and on a lead at all times when in public.

Failure to abide by the requirements of the act carries a penalty of up to 14 years in prison depending on the seriousness of the offence. It can also include destruction of the animal, if the dog was deemed to be ‘dangerously out of control in a public place’, a fine and being disqualified from owning dogs for a period of time.

Like all animals, dogs portray a whole range of emotions depending on the situations they find themselves in.

Aggressive behaviour normally arises from the animal thinking they are under threat.

However, one of the main criticisms of The Dangerous Dogs Act was its implication that certain breeds of dog are more predisposed to displaying hostile behaviour than others. Although the law does ban other dogs that are bred specifically for fighting purposes or possess characteristics of such breeds, the law specifically named four breeds to be banned.

However, many dog charities and trusts have highlighted that there is no real evidence to support this view of breed-specific legislation and that such behaviour is actually a result of parental behaviour and upbringing rather than limited to just a few specific breeds.

As such, this behaviour can equally be un-taught at early stages of development.

If you have a concern that your dog is sometimes overly aggressive, find out in which situations this most commonly occurs.

Dogs express themselves mostly via body language, so you should be able to tell when they react to something that they do not like, which can lead to them displaying some aggressive behaviours.

These signs can vary from the more passive reactions such as yawning, turning their head away or tucking their tale under, to the more active reactions of shifting their weight to allow them to escape more easily, baring their teeth or even biting.

By learning within which situations this behavioural change occurs most frequently for your pet, you can help to adapt its response by approaching it in a different way, which should help the dog feel more at ease. For example, if your dog becomes defensive over a particular item of food but doesn’t respond in the same way to other food try removing that one item from their diet if it is safe to do so.

Disciplining your dog when they are acting aggressively can be seen as a further threat and may escalate the reaction. Instead, try to diffuse the situation in a calm manner. Catching your dog's attention by making an unusual sound from a distance away (such as a squeaky toy) can distract your dog and you can then call your dog away enthusiastically and get it focused on something else.

It shouldn’t be a surprise to learn that all dogs are different, so take some time to learn what the trigger points are and help them to overcome these in different ways.

As always, if you have any concerns about the behaviour of your dog and need more advice specific for your situation, contact your vet for advice to be referred to a professional behaviourist.

Do you have any experience with dangerous dogs? Let us know your thoughts and stories below…