Have you ever watched an assistance dog in action and wondered if your own pet could be as consistently well behaved? Michelle Henman, an animal behaviourist and Guide Dog trainer, shares three every day things you can do to help achieve guide dog-worthy behaviour at home.

'I've been training guide dogs for seven years,' Michelle says, 'and I work with up to four or five dogs at a time that are usually all at different stages of their training. So I've learnt that the most important aspect of changing a dog's behaviour is simple; be consistent in whatever you're asking your dog to do - or not to do!

'For example, I have a young daughter and, like most children, she'll start eating only to get distracted and wander off. So it was important to me that our own dog, Kaya, didn't snatch food off of an abandoned plate. But I soon realised that in order to make this command consistent Kaya would have to be trained to only eat from her own bowl. That's because nuances that are quite clear to you, won't make any sense to your dog. Think of it this way: if your pet is allowed to clean up scraps that have been dropped on the floor, but not eat from your unattended plate of food, you can't blame him for being confused when you discourage one action but not the other. To him the food in both these situations seems exactly the same.' 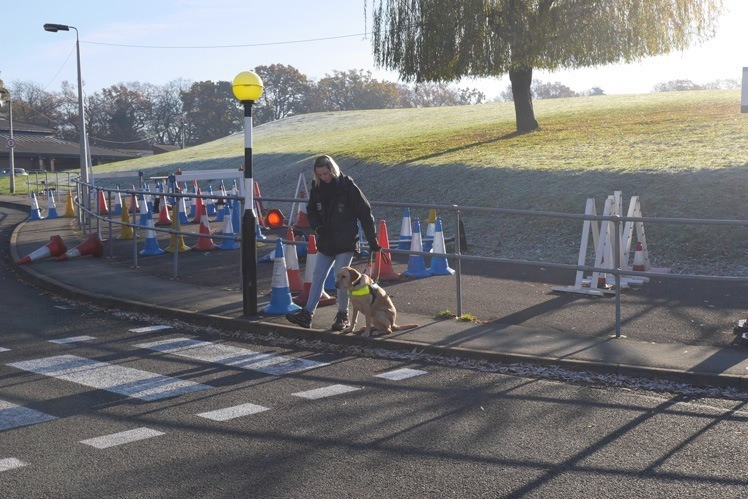 'I've always wanted to work with animals, and I love that I'm greeted every morning by a bunch of waggy tails. It made me realise that I keep doing the things that I find fun, and it's just the same for dogs,' says Michelle. 'Dogs respond much better to treats and praise than they do to shouting, and they're more likely to remember what you've taught them, too. The trick is to find out what motivates your pet. For most dogs this is usually a food-based reward or treat, but that's not always the case: praise, play and affection are often just as effective.

'When we're training guide dogs, we'll almost always start out with treats. For example, when we're doing kerb training [teaching a guide dog to stop at every kerb while out on a walk], I'll initially stop at the edge of the kerb myself and then give the dog a treat if he's done the same. If he hasn't stopped, I won't raise my voice or, in fact, say anything at all. Instead we'll turn around, walk back to the kerb edge, and repeat the stopping action again. Once he's got the hang of it, I'll then make sure to give him a treat every time he does the action, and will keep up this continuous reinforcement for at least two to four weeks. After that, we'll shift very slowly into intermittent reinforcement, where I'll only give him a treat every second or third time he performs the action. In a way this helps to reinforce the behaviour at a time when most dogs might start to get complacent, as dogs don't quit! They'll keep on trying an action if they know it's got them good results in the past.

'But even when a dog has perfected a certain behaviour, we never completely stop reinforcing it. Guide Dog trainers always keep up with the praise and always have a pocket full of treats, and we recommend owners do the same to give their dog positive feedback when he might be least expecting it.' 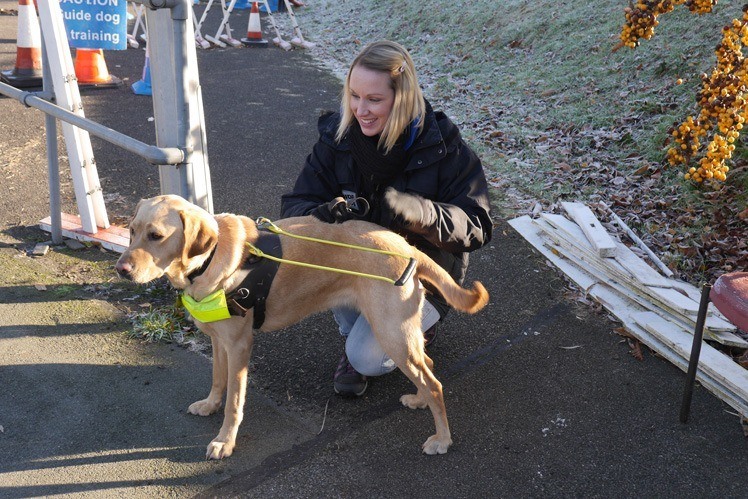 3. Know when to use your voice

'Body language is important when reinforcing your dog's behaviour. To effectively train a dog, you'll need to feel relaxed and confident,' Michelle advises, 'but it doesn't have to be complicated, and one of the easiest ways to communicate your intention is with your voice.

'Dogs are instinctively wired to respond to noise and so speaking to your pet is a simple but effective tool in getting him to perform certain actions. If your dog has done something right, or there's a behaviour you'd like him to keep doing, talk to him in a higher pitch that communicates excitement. The effect will be immediate; you'll notice him pricking up his ears and wagging his tail right away, and he'll want to repeat whatever he did in order to get the same response from you again.

'On the other hand, if there's an action you don't want your dog to repeat, use your voice to steer him away from it. This doesn't have to involve shouting though, as it's all about the tone you use. Simply keep the pitch lower and speak firmly, using a one-word command such as 'no'. At the start, your dog might not understand what the word 'no' itself means, but he'll soon gather from the way you're saying it that he hasn't gotten a response he likes.

'But my best bit of advice would be to identify those times when it's better not to say anything at all. I've noticed that when a dog behaves unexpectedly, such as by jumping up in excitement, many owners can't help but to respond in a higher pitch, even if they're saying 'no' while doing so. In this instance, giving your dog no reaction at all could be the best way to tackle the behaviour. Keep in mind that your dog thrives on your attention and so withholding it for short periods, such as turning your back and busying yourself with something else if he has jumped up, can effectively discourage an action. Just be sure to give him plenty of praise or a treat as soon as he behaves appropriately again.'