Rachel Hall tells us how her eight-year-old therapy dog helps to brighten up the lives of others, despite a difficult start in life and his own disability to overcome.

'On the day that my partner, Olli, and I adopted Ted, the shelter had actually given us two rescue dogs to see: the first was a gorgeous, lively pooch, and then Ted came in, quite literally the underdog. He was overweight and withdrawn, but when he ambled over and put his paw on my knee, my heart melted.

'We discovered that Ted, a Springer Spaniel, had been rehomed on three occasions, and that during this time he'd been overfed and hardly taken out for walks. I knew we could make him happy again, and so he was the dog for us. 'We soon understood why other families might not have known how to connect with him, though. While a healthy diet and some gentle walks in the countryside had given him a new lease of life, there was still something missing. He didn't bark or turn his head in recognition when we called him, in fact he didn't respond to our voices at all. A week later the vet confirmed our suspicion: Ted was deaf. 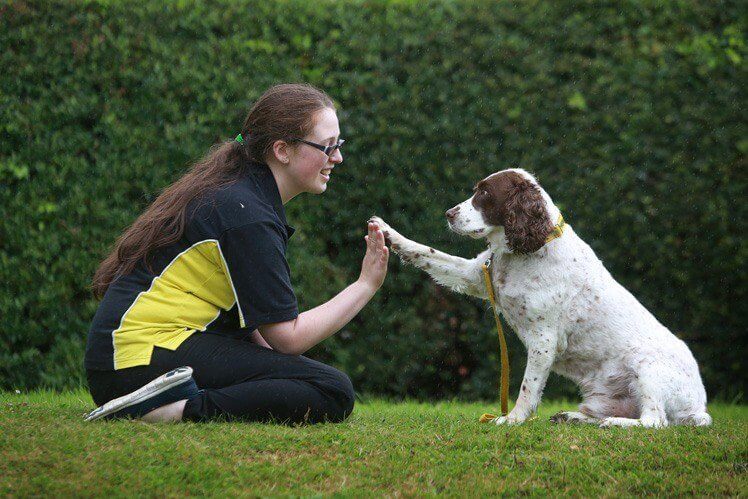 'We were shocked, but his disability only reinforced our affection for him, and I set out on my next challenge to get Ted to communicate with us. I started using sign language (a mixture of tips I'd picked up on the internet and my own ideas) to see if he'd respond. If I wanted him to sit, I'd tap my shoulder; for lying down, I lowered my hand to the floor; and if I wanted him to pick something up I'd make a crocodile grabbing action. Progress was slow and I'd all but given up, when one day, on my command, Ted sank to the carpet and looked up at me. I felt like punching the air!

'Meanwhile, Ted's gentle nature and patience were winning him friends at the local dog training school and he was often picked out to assist other dogs in the group who were struggling. And his happy-go-lucky nature was having an effect on me too. I'd suffered with anxiety in the past, but having Ted around gave my days a sense of purpose. 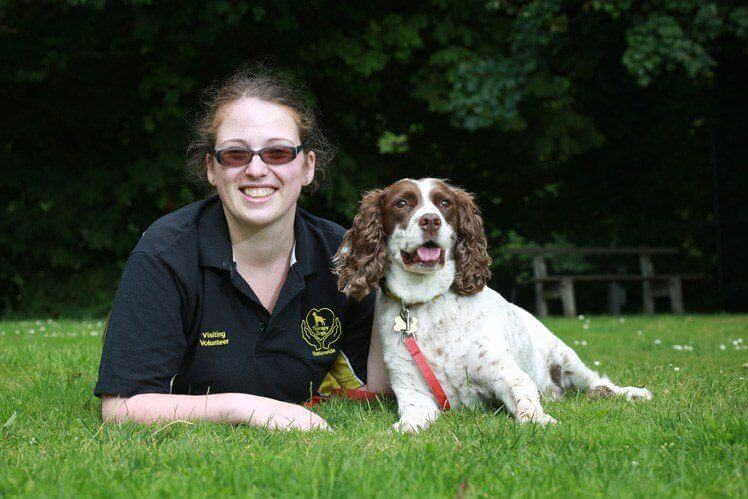 'I firmly believe that older dogs need as much stimulation as young ones do, and filling their days with activity can increase their quality of life - Ted is living proof of that. Since we adopted him, he's lost nearly a stone and a half in weight and he's now a therapy dog through Therapy Dogs Nationwide. He visits patients in a specialist dementia unit near our home in north Wales and, because he laps up all the attention but doesn't bark, he's ideal for the job. The patients love to stroke him, which is calming for them and he never fails to put a smile on their faces.

'Recently it's Ted's ability, rather than his disability, that's been recognised. He was asked to represent Therapy Dogs Nationwide at Crufts this year, and has just been named Rescue Dog of the Year by our local branch of the RSPCA. But best of all, he'll also be our ring bearer when Olli and I get married in October.'

To find out more about the fantastic services that Therapy Dogs Nationwide provide, or to learn how you can register your own pet as a therapy dog, visit therapydogsnationwide.org