Could your cat's personality be linked to their coat colour?

The link between a cat's personality and its breed is often a favourite talking point among owners, but could your pet's colour also reveal more about their personality? Interesting new findings about coat colours suggest so.

What do owners think?

When it comes to cat coat couture, the basic colour palette consists of black, white, and red - often called orange, ginger or marmalade. Researchers from the University of California surveyed a sample of cat owners in an attempt to prove the suspected link between coat colour and character. They asked owners to assign a range of personality traits, such as active, aloof, bold, calm, friendly, intolerant, shy, stubborn and trainable to different coloured cats.

The results revealed that lighter coloured cats are perceived as being more aloof, lazy and calm, while darker cats are typified as having more subtle character traits, which might be why they are sometimes seen to be mysterious. The study also showed that, generally, people thought tricoloured cats are intolerant, while owners viewed ginger cats as the friendliest.

Is there a link?

So, while research from the University of California found that there are personality trends when it comes to coat colour, experts believe this could be due to a relationship between a cat's coat colouring pigments (melanin) and their levels of dopamine, a substance that plays an important role in brain activity. One study suggests that cats with lots of pigment may be more tolerant of crowding and well suited to city life.

Dr Gary Weitzman, veterinarian and author of How to Speak Cat, has similar findings. He explains that the typical tortoiseshell cat, whose coat has lots of pigment, is mostly independent and can be pushy about what she wants. According to Weitzman, they are also often a one-person-only cat, much to the dismay of other human family members who are repeatedly dismissed.

Which one is yours?

From mysterious black cats to aloof white felines, each pet's coat colour appears to have a meaning. Have a look at the descriptions below and see what your cat's coat colour could say about your pet's personality. Do you see similarities? Share your story on social media using #PethoodStories. 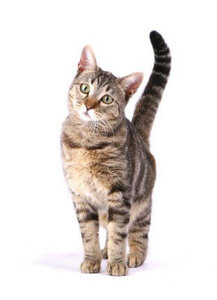 Tabby cats are distinguished by characteristic markings on their foreheads and come in a variety of brown, grey or orange coats; each with their own distinctive personalities. While the brown tabby cat personality is generally quite wild, perhaps because their camouflage colour is similar to that of their wild ancestors, grey tabbies tend to be calmer and more amiable. 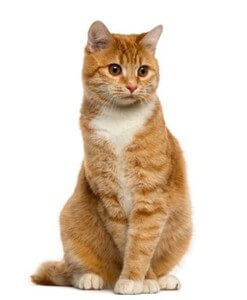 The ginger cat personality is very distinctive too, with owners often comparing their gregarious cats to an eccentric old man: extroverted and unreserved. While ginger male tabbies tend to be expressive, the females can be rather particular and demanding. 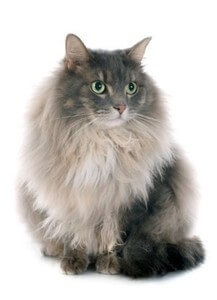 The grey Persian cat temperament, on the other hand, is generally even and loving; they will treat their family as well as they are treated. Persian cat personalities are typically described as 'dignified and docile', which is an interesting description when you consider the fact that their breed's original ancient Mesopotamian coat was always a shiny, silky grey – very dapper and dignified. 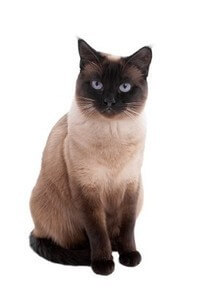 Last but not least is the Siamese cat personality. With very distinctive markings, Siamese cats are used to being admired – and, when they're not, they'll make sure they get your attention. Regarding their colour, Siamese are born with a gene that makes them partially albino. However, a genetic mutation of this gene means that their face, legs and tail have colour. Flame and cream point Siamese are both different shades of orange, which may account for their sociable and affectionate personalities.

Does your cat have any quirky personality traits? Share your story on social media using #PethoodStories