Are our pets’ personalities programmed at birth? 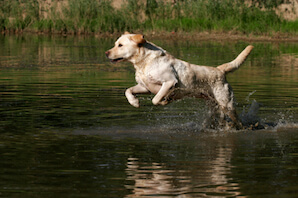 Rachael Garside investigates whether nature or nurture has the greater influence on our companions’ behaviour.

Mike Mullan is used to seeing people cross the street to avoid him when he’s out walking his dogs. He’s the proud owner of two impressive Rottweilers, Lazer and Ross, but admits that he gets frustrated when people assume his pets are aggressive and unpredictable.

‘I’d go as far as saying my dogs are the safest things on four legs,’ he insists, ‘and as a proper working breed, they’re active, intelligent and highly trainable. But too many people buy a Rottweiler as a guard dog, then ignore its other needs. That’s when the problems start.’

Mike is a canine consultant, based in Rugby, Warwickshire. He advises courts in cases where dogs have attacked or become dangerous. He has worked on more than 250 cases, including some horrifying examples of out-of-control canines. Yet he is convinced that all dogs are safe if brought up properly. ‘My mantra over the years has become: “Don’t blame the dog, train the dog,”’ he says.

It’s certainly a compelling argument in the nature-versus-nurture debate. But the role that instinct plays cannot be ignored. Over the centuries, dogs have been bred to bring out particular personality traits. Rottweilers, for example, were originally developed in Germany to herd cattle, and those instincts to protect and guard appear to remain strong.

Today, we tend to choose our companion animals for the way they look and behave rather than for the ‘jobs’ they were bred to do. So we shouldn’t be surprised when a Labrador leaps into any pool or puddle he sees, as this breed of dog originally helped fishermen in Northern Canada to bring in their catch.

SELECTING THE RIGHT PET
When it comes to choosing a pet, it’s vital we select an animal that’s suitable for our particular lifestyle. ‘We want our pets to live with us in our world, but it’s unfair to expect them to curb their instincts entirely,’ says Sarah Whitehead from the Clever Dog Company in Windsor. ‘The challenge is to modify those instincts to avoid what is unacceptable behaviour for us.’

Sarah has been training dogs and cats with behavioural problems for 25 years. One of her more unusual cases involved a Border Collie who had developed a fondness for leaping into an open fire.

‘He was literally trying to herd the flames, even though he was risking his life in doing so – his herding instinct was that strong,’ says Sarah. ‘He had also learned that this was a way to attract his owner’s attention, so we had to find other ways of channelling his energy. We arranged for him to go to agility classes, which helped him enormously. The owners also had to put up with a chilly house for a few months while we distracted him with other games. We then turned the fire back on gradually over time.’

FELINE FEELINGS
Nicky Trevorrow is a cat behaviourist for the charity Cats Protection. When training staff and volunteers, she explains how important it is to recognise when a cat is feeling anxious or unhappy and know how to react.

‘Cats are extremely sensitive to their environment,’ she says. ‘We need to be mindful of that and adapt accordingly. It’s a little known fact, for example, that cats prefer to have their water bowl away from their food bowl. They’ve inherited this trait from their African wildcat ancestors. In the wild, cats don’t want to contaminate their water supply with their prey.’

But this isn’t to say that cats can’t be trained. ‘Cats respond well to behavioural therapy,’ says Sarah Whitehead, who – in addition to her experience with dogs – has treated many cases of moggy misbehaviour.

‘One of the most common problems is cats spraying urine on their owners. I tackled a case where a cat began spraying his owner’s new boyfriend, making it quite clear that he didn’t like him. But we were able to get the cat to “rub” on a piece of cloth, using the scent glands in his face, then transfer that scent to the boyfriend’s clothing. Over time, the cat accepted this “clan odour” and learned to live with the new man in his owner’s life.’

BUNNY BEHAVIOUR
Learning how animals behave in their natural environment is crucial if we are to understand how they act when they’re with us. Anne McBride is a senior lecturer in applied animal behaviour at the University of Southampton. Her specialist field is rabbits, which she describes as being one of the most misunderstood animals.

‘Rabbits are highly intelligent, curious creatures,’ she says. ‘They respond well to being house-trained, but remember that they are a prey species and can find being picked up terrifying. It’s far better to interact with rabbits at ground level at first, before training them to get used to being handled.

‘Some breeds also have specific needs – like the Lop varieties, bred to have long ears, which can lead to very poor hearing. They can be startled easily, so it’s important not to creep up on them and to ensure they know when you’re around.’

THE EFFECTS OF NEUTERING
Neutering can also affect pet behaviour, and this is commonly advocated for all dogs and cats. At Cats Protection, abandoned or stray cats are neutered before being re-homed as a matter of course to prevent further litters.

But this is not the only reason. ‘Castrating a male cat can reduce roaming tendencies and inter-cat aggression,’ explains Nicky Trevorrow. ‘It can also prevent the spread of some infectious diseases. Although it may not be a “natural” thing to do to a cat, it’s a delicate balance between promoting natural behaviour and helping an animal adapt in a human world.’

NATURE VERSUS NURTURE: THE VERDICT
The big question is: does nature or nurture have the greater influence on behaviour? ‘It’s a bit like asking which is more important with a work of art – the picture or the canvas,’ says Sarah Heath, a veterinary specialist in behavioural medicine. ‘In fact, you can’t have one without the other.

‘There are so many more factors influencing behaviour than just genetics,’ she continues. ‘In cross-bred animals, there can be several breed traits combined in one animal. And while behaviour problems can be rectified, pets, like people, can be scarred by bad experiences. The best advice is to manage your pet’s environment early on to avoid problems later in life.’

So the next time your dog uproots your best houseplant, your cat scratches a new pattern into your sofa or your rabbit chews your phone charger to shreds, how should you react? Sarah says that understanding the reasons behind your pet’s destructive behaviour is key.

‘We need to focus on the emotions that are driving those behaviours and fi nd out what’s causing them – it could be isolation or frustration at being left alone. We can then use learning therapy to re-educate the pet. What’s most important is that you raise and treat an animal in the best possible way from the start, to ensure a well-adapted, happy pet – and owner.’

WHAT DO YOU THINK?
Is your pet stuck in his ways or has his personality changed over time? Let us know your thoughts in the comments box below.