5 of the World’s Rarest Dog Breeds

Find out about some of the rarest breeds of dog around the world, including an Italian-born truffle hunter and Hungary’s own pedigree sheepdog. See how many of these fascinating breeds you recognise… 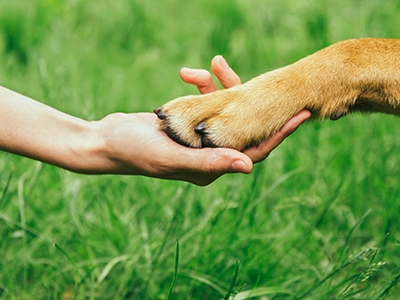 It’s difficult to pin a number on the amount of dog breeds that exist around the globe today. From the miniature, but mighty, Chihuahua to the big softie Golden Retriever, there are plenty of breeds to choose from when seeking the perfect canine companion. However, no matter how many mutts you think you recognise, there are some lesser-known doggies that you may have never even heard of.

Dating back to the Ice Age, the Norwegian Lundehund is recognised as one of the rarest dog breeds on the planet due to its unique characteristics, which aren’t shared by any other breed. Originating from the islands off the Norwegian coast, this crimson-coated canine was developed to hunt Puffin birds along the coastal cliffs. Due to its unusual hunting environment, the agile Norwegian Lundehund evolved to develop the perfect traits for scaling rocky cliffs: six toes on each front paw, adjustable ears and a neck so flexible that it can crane backwards to touch the spine.

This endangered Spitz species neared extinction during World War II, but was miraculously recovered by Norwegian breeders and thankfully remains in small numbers today. Known for its fun-loving nature and affectionate personality, the Norwegian Lundehund would be a perfect pet for active families.

Other, more common, Spitz breeds include the Husky, the Chow Chow and the equally fox-like Shiba Inu. 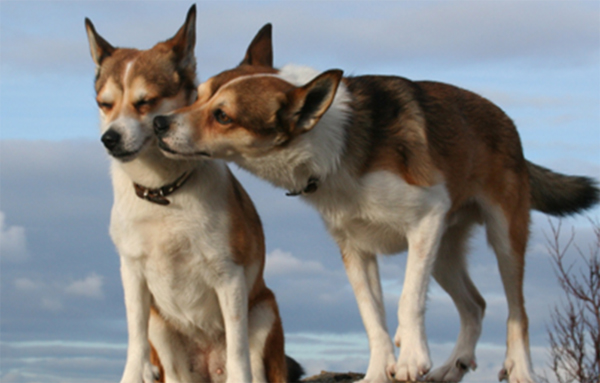 Often mistaken as a poodle-cross, the curly-coated Lagotto Romagnolo is actually the world’s oldest water retriever. Dating back to the Italian region of Romagna during medieval times, this beautiful rare dog breed was traditionally used as a working dog to fetch ducks from the marshlands. With its woolly, waterproof covering, muscular build and sharp sense of smell, it’s no wonder this breed assisted duck-hunting explorations for centuries. However, the resourceful retriever has turned its nose to hunting truffles in recent years and is now the only dog breed recognised for the job.

The ancient breed was on the brink of extinction in the 1970s, but was revived by a dedicated Italian breeding group that was committed to sharing its specialities outside of Italy. Playful in nature and easy to train, the Lagotto is keen to spend time with its owners and go on walking adventures. Be aware, though, that this breed’s idea of a casual walk is an energetic expedition, keen to sniff the ground in search for truffle treasure or to splash in any puddle it might find.

If you like the sound of a Lagotto Romagnolo, you might find that Poodles and Labradoodles are right up your street. 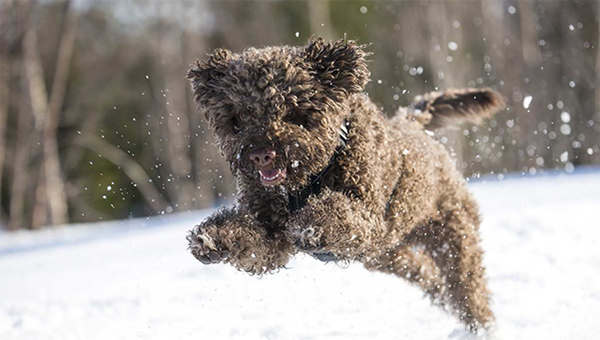 Azawakhs, loyal and passionately protective in nature, are perceived as the most unusual sighthound – the breed of hunting dogs that discover prey using sight over scent. This elegant and long-legged breed was created in the Sahel region of Africa, where it became trained to guard nomads’ tepees in desert conditions.

Sharing similar characteristics to the Saluki breed, the Azawakh was often called ‘idii n’ illeli’ by its nomad owners, which translates to ‘sighthound of the free people’. The fawn-coated, calming canine was brought to the US during the 1980s and added to the American Kennel Club’s Foundation in 1997.

Uniquely compared with cats more than dogs, Azawakhs have an independent character and can be extremely shy around strangers. However, in the company of an attentive owner, this breed can strongly overcome its reserved side and become comforting companions.

If you’re looking for an Azawakh-type companion, a Greyhound might just be the dog for you. 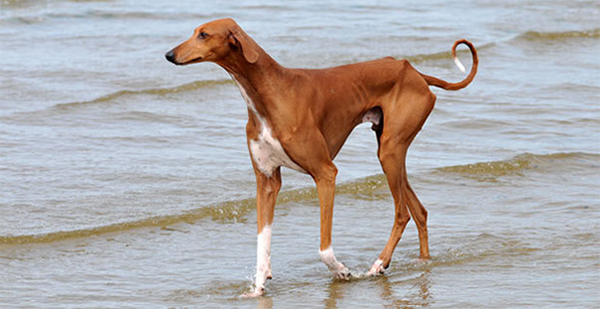 The British Otterhound is the UK’s most endangered native dog breed, according to the Kennel Club. Recognised for its marvellous mane of hair and entertaining nature, the hound is officially rarer than the white rhino, with fewer than 1,000 dogs around the world. Believed to have developed in The Borders during the medieval period, the Otterhound was bred to protect the fishing industry from pesky otters, as its name suggests. However, after otter hunting was banned in the UK, the specialist breed almost disappeared and is considered a vulnerable breed today.

Like its close relative the Bloodhound, this friendly breed demonstrates great determination, particularly when it’s got its eye on tasty treats. Appreciated for its sensitive and calm disposition, the Otterhound would make a lovely companion for a solo owner, who also likes to seek out new and exciting scenery. It’s worth noting, though, that you’ll need some patience for this mutt, as it’s a messy muncher and loves to play in muddy conditions. 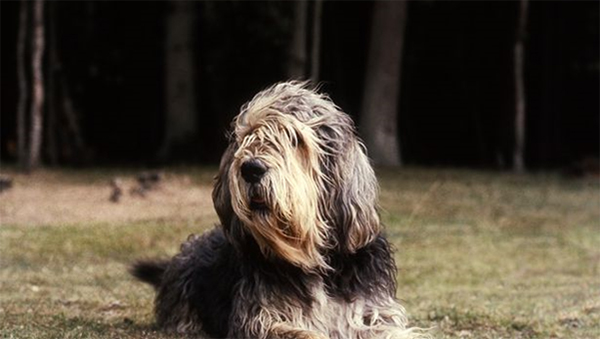 Pronounced ‘moody’, this Hungarian-born breed is quite the opposite of its name and is known for its upbeat and highly active nature. With fewer than 1,000 in existence, the Mudi breed is rarely spotted outside of its Eastern European homeland. Pointy-eared with a wavy-haired coat, this unique canine is believed to have originated in the 1800s and naturally developed from crosses between the well-known Pumi and Puli breeds. Boasting a high intellect and swift stride, Mudis are often used to herd sheep and cattle, and are additionally praised for making effective watchdogs.

With bounds of energy and an innate desire to explore, Mudis are the perfect partner for those who enjoy being active and the great outdoors. The Hungarian sheepdog also craves affectionate downtime just as much, keen to cuddle up to its owner and lap up the one-on-one attention.

Intelligent, alert and ‘always on’, the Mudi has more than a few similarities with the ever-popular Border Collie. 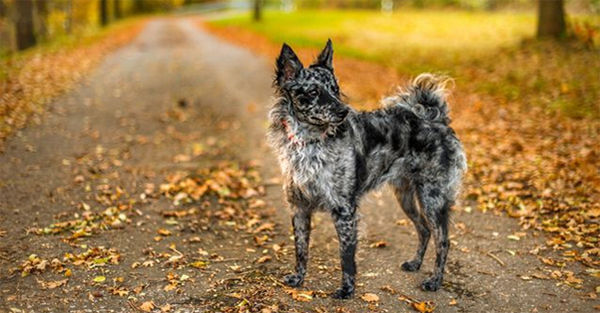